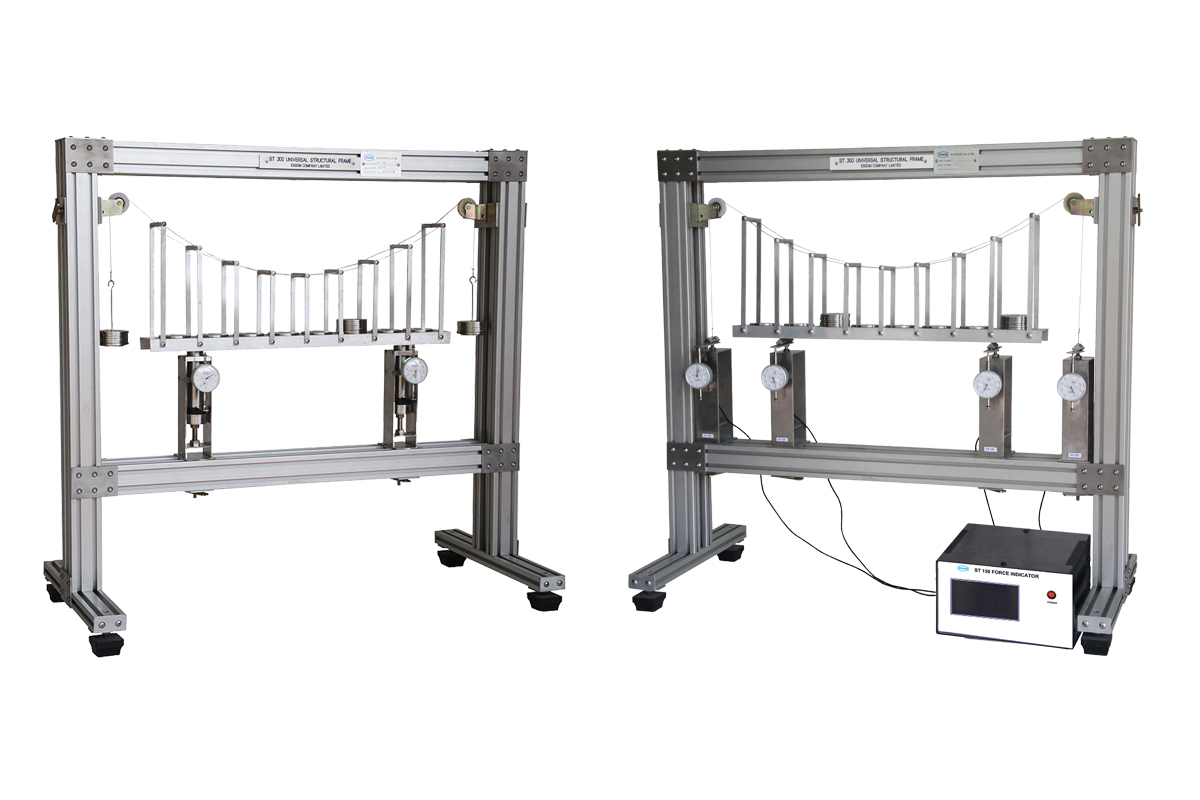 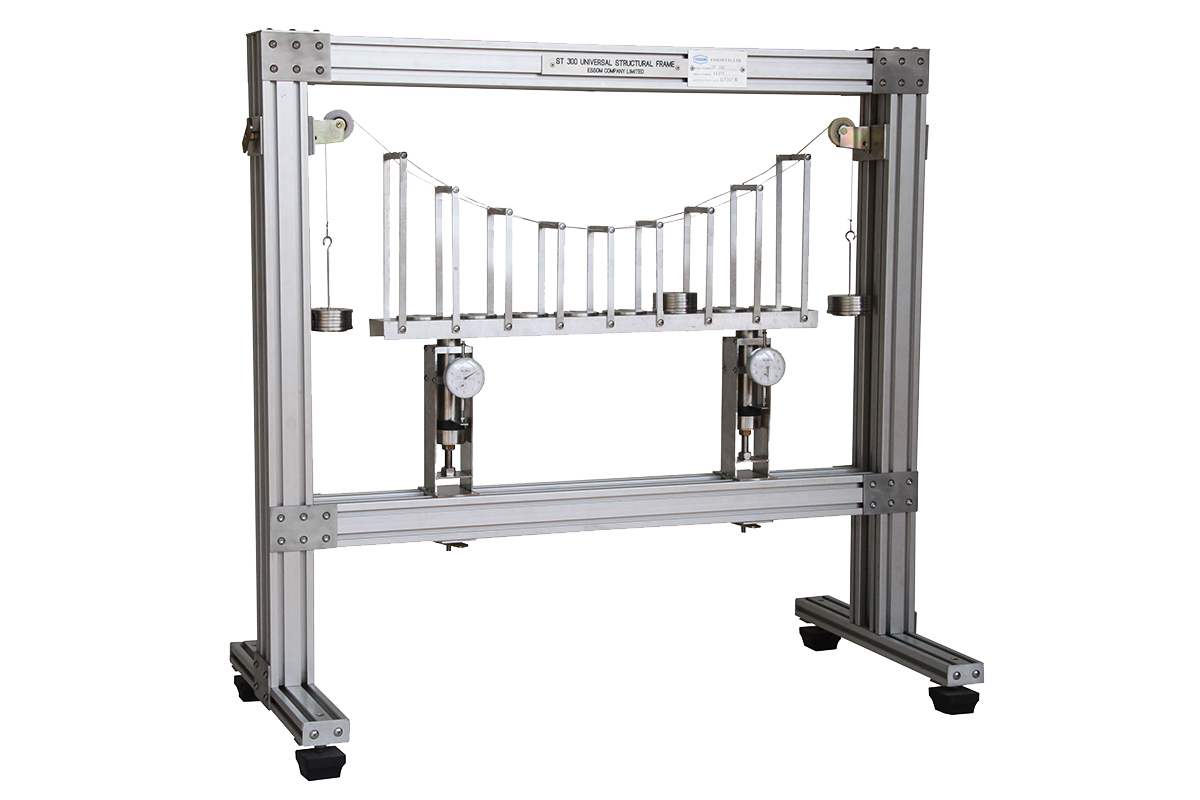 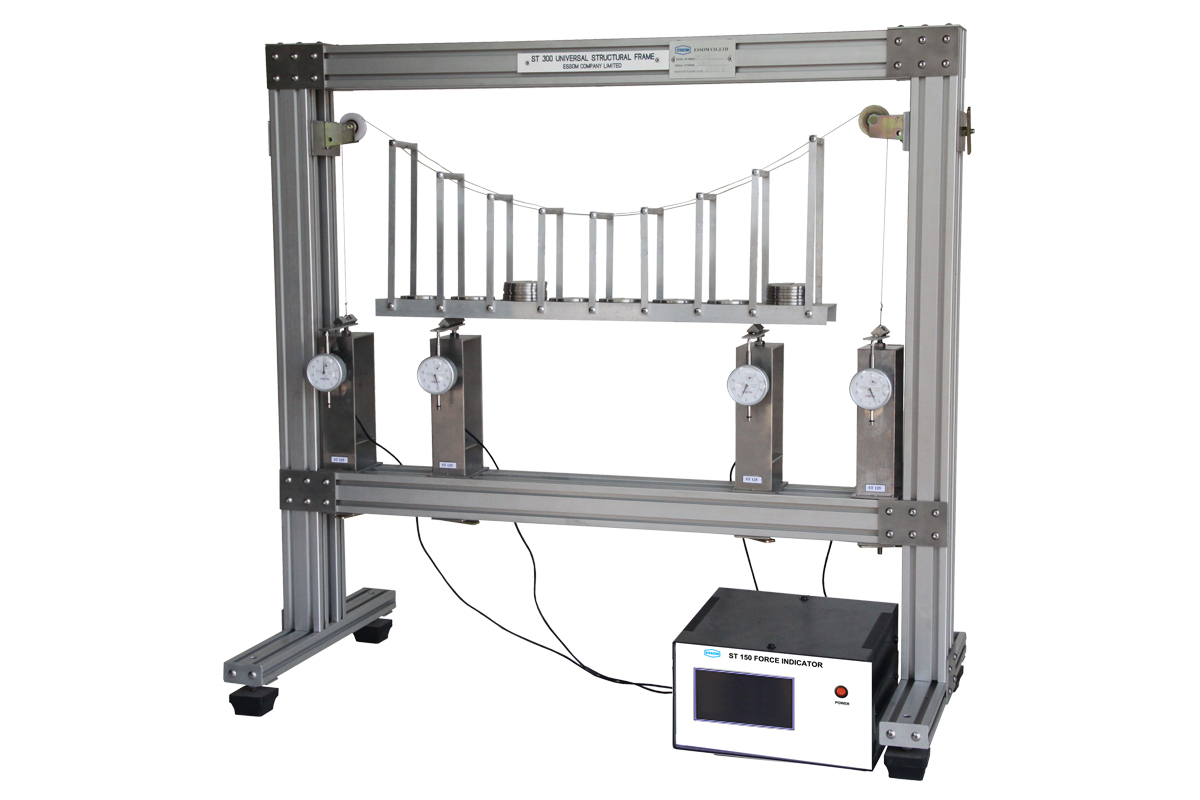 This equipment is used for studying the inter-action between suspension cables and load measuring supports with uniform and non-uniform distributed and point load on the rigid deck. It is to be used with ST300 Universal Structural Frame (separately supplied).

A light metal alloy with stiffening ribs is carried by two rows of nine equally spaced hangers, one on each side. Each row of hangers has a flexible steel cable support whose length simulates a parabolic curve. Each cable end passes over a pulley to a load hanger. Special loads are provided to simulate uniform distribution load and movable point load. The bridge deck rests on two vertical force supports with height compensation mechanism. Support settlements are measured by dial gauges.