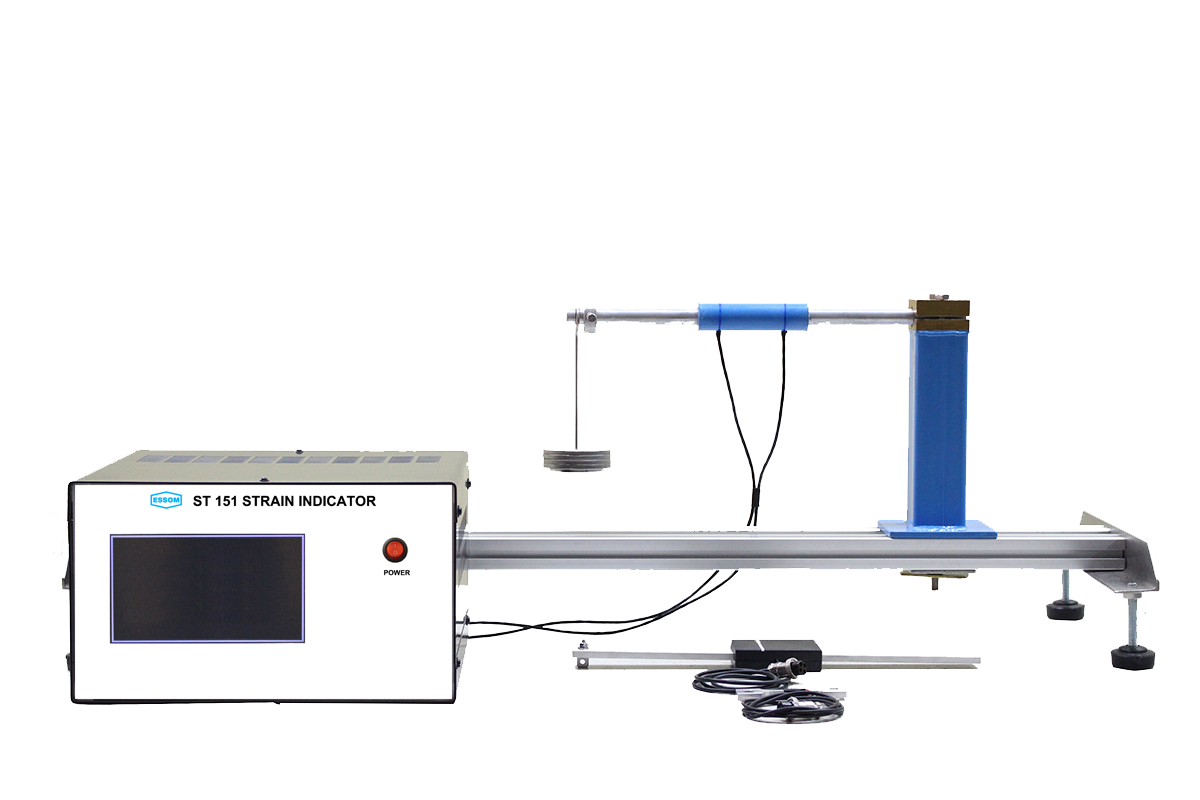 The apparatus demonstrates the use of electrical resistance strain gauge in measuring strain of material under bending, torsion or combined bending and torsion stresses. It is to be used with ST305 Universal Base Frame (separately supplied).

Two specimens are used. The specimen is mounted horizontally on a support column at one end. A cantilever beam for bending load, a rod with torsion arm for bending and torsion load and a strip for tension load. Strain gauges are placed on to the specimens. Each gauge is wired to form a full bridge with temperature compensation and zero adjustment. Strain is indicated on the strain indicator.