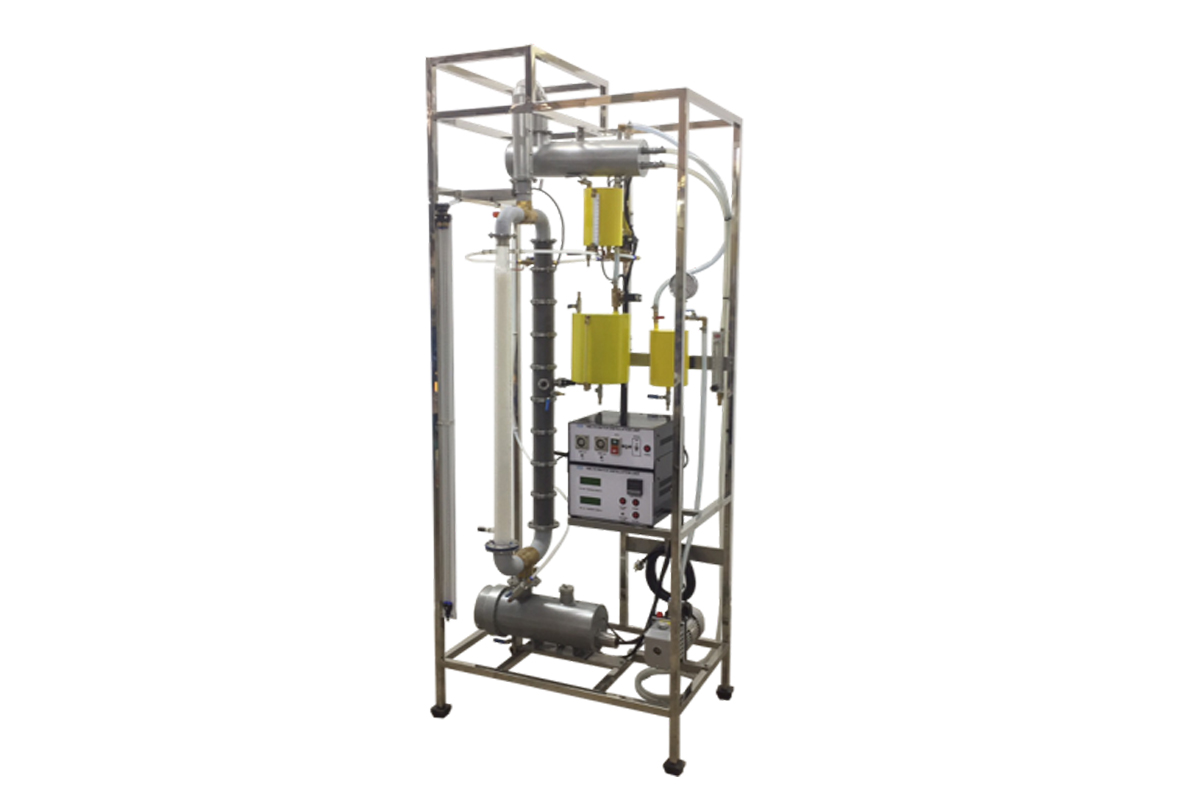 This equipment demonstrates a process for separation of a mixture (one soluble in another) of two liquids of different boiling points.

The unit is installed on a stainless steel frame.